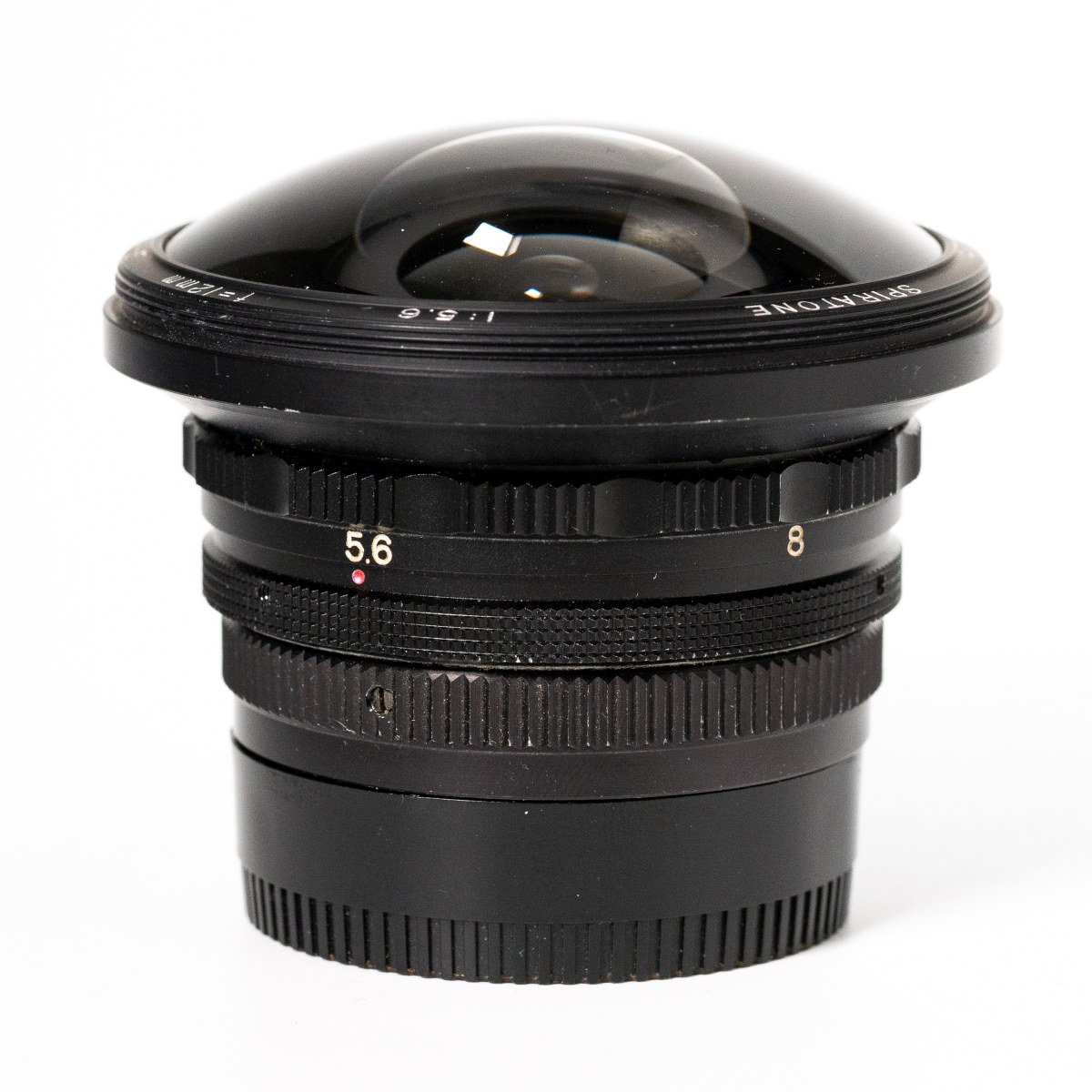 Amazingly rare version of the Sigma 12mm f8, it has 5.6/8/11/16 revolver aperture, Sigma states the f8 lens was launched in between 1961-1969. Two versions are known with a slightly different optical scheme, and the smaller one is rumored to be the first.
Also, the only version I’ve ever seen, here in my arms, seems to be identical to the smaller version, with its domed cap. In the Sea&Sea advertising, a 5.6 and an f8 version are cited, so this is maybe one of the first samples that never sow light. What seemed to be a solidly built-in Exa mount, is the same T2 as the f8 version.

Thanx to Ray Lemieux, there is an important page full of useful pieces of information about the 12mm fisheye history, please check it out!!

Double thank you to my friend Joergen Geerds for his help in finding out this lens.