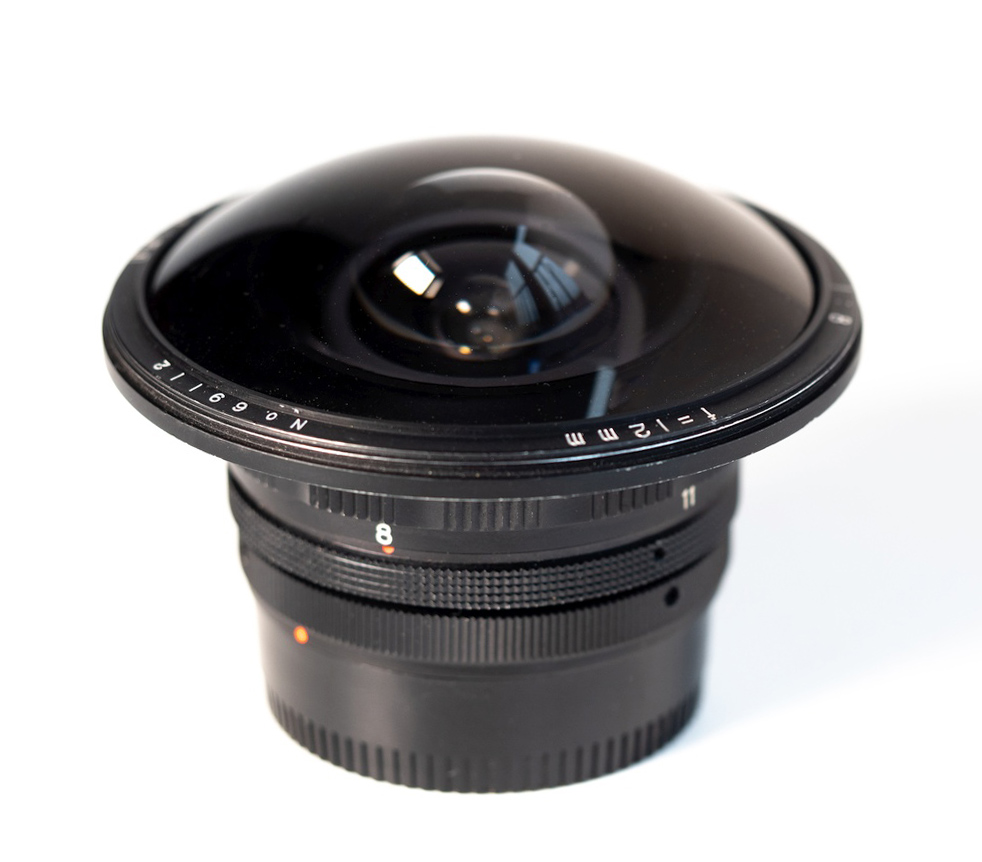 Amazingly unusual Cropped circular lens, 8/11/16 revolver aperture, Sigma states the lens was launched in between 1961-1969. It’s more common to find it out with different names and brands, Accura, Beroflex, etc., and two versions are known with slightly different optical schemes. The T2 universal mount made it widely available to use in any camera system, but a bit complex to set it up so the lens focus properly (it’s a FIXED focus lens) so be prepared to modify the mount, build paper shims or use sandpaper.
An unusual f/5.6 version of the lens is mentioned in an article on a photo sub magazine in the ’70s, and recently it surfaced in the shallow Bay waters.

I started my fisheye collection and fisheye mania in the 1990s but I really did not have so many. I bought this lens in 2003 because it was unusual, and I barely knew its existence. In 2004 I was currently using a Nikkor 8mm f2.8 as my primary lens, but I decided to put this on an APS-C camera, Nikon D100, trying some B/W 360, that was another unusual thing. Here it is in worldwidepanorama.org