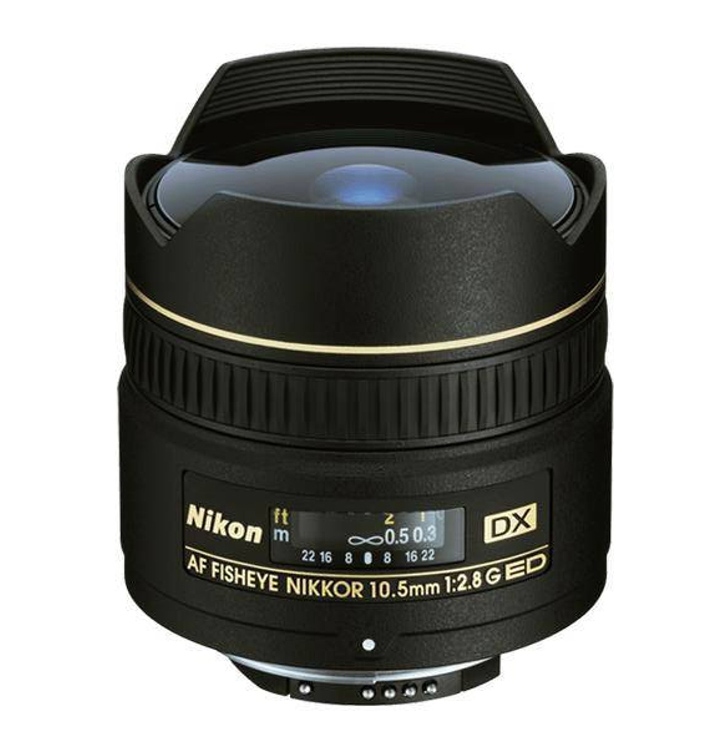 Announced in July 2003 this was maybe the first-ever AF digital APSC reflex fisheye lens to be made available on the market. At that time the public was divided between Canon and Nikon digital reflex cameras, full frame cameras were few, and expensive. This is the lens everyone making VR 360 pictures wanted. Being a G lens it has no aperture ring, and neither has an internal motor, so only APS-C cameras with the old screwdriver connection can drive the AF. Talking about aperture, in this Nikon mount revision the activation is mechanical, with a lever on the lens and a matching cam in the camera bayonet. So, before Nikon-Canon EF adapters equipped with aperture lever hit the market, we used to jam a piece of plastic in the lens lever, to obtain a more-or-less-f8 fixed aperture lens of extraordinary quality and minimum size, on the otherwise “fisheyeless” APS-c Canon reflex system. Later on, following the first crazy ones, we all bought a good saw blade to cut off the hood, and gain an extraordinary 197° cropped circular fisheyes on our first Nikon D700, Canon 5D, etc. with their big, noiseless 24×36 full-frame sensors.

Lens quality, in VR use

Some notes on lens quality and usability.
It was, with the old 8mp sensor, it has been over 20, 36 and is, with 50+ megapixel sensors, a very high quality lens. CA can be corrected, but you get all the resolution you need. One caveat, the unique projection, that was documented by Michel Thoby made us struggle with all the stitching software. Only PTGUI, under expert hands and personal tweaks, seemed to work. Eventually from revision 11 PTGUI pro integrated the lens’s unique projection into their software.