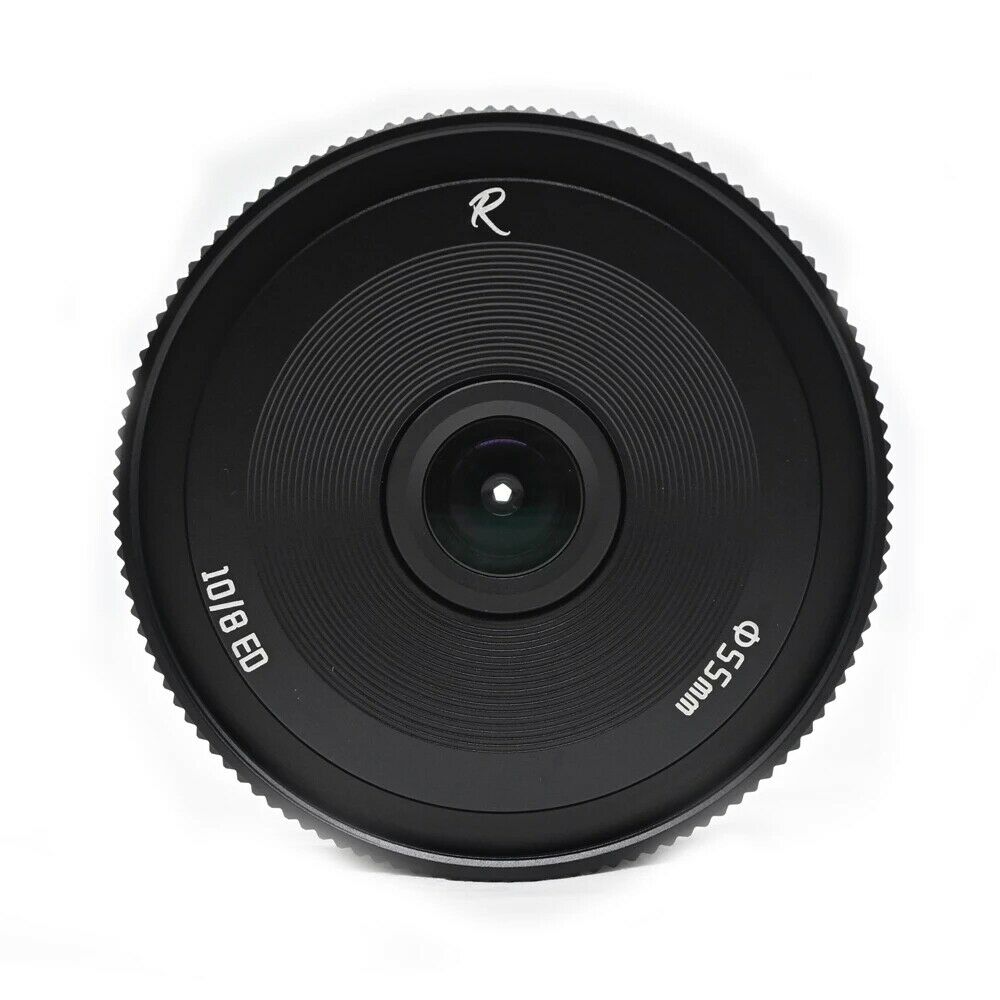 It’s a renewed version of the previous pancake fisheye lens, It’s made to be a diagonal fisheye on APS-C cameras, and becomes a cropped circular on a 24×36 sensor, being too flat and thin not to include camera protruding parts and operator fingers in the field.

This small upgrade gets rid of weird red accents, gains a 5 blades diaphragm, and more importantly a 55mm diameter filter thread. Yes. A filter thread on a fisheye, and in FRONT! you sure will have a bit of sense and look forward to put on a low profile ND filter

We see the Canon EF-M mount is dropped (the system was declared doomed) but the L mount is available.

Projection is equisolid, diagonally it shows a bit more than 120 degrees, horizontally and vertically gives a small 105.5 x 71.48 field of view, and 12mm could be a better focal length value than its nominal one. As with other pancake lenses, like Olympus 9mm f8.0 “body cap” and the old 18mm f11 Pentax, it sports a fixed aperture, and you have part of the body acting as light hood and limiting the fov if put on a bigger sensor.
Construction is all metal and has 270 degrees turning focusing helicoid, which is not so usable, since it’s f8, and has no focusing scale.
In VR panorama use it needs an 8+8 two rows workflow, and due to its NPP being so close to the camera’s tripod hole, not all panoheads will allow you to mount it easily.
It is Sold on eBay, Aliexpress, etc. I’ll let you find the bargain! 🙂