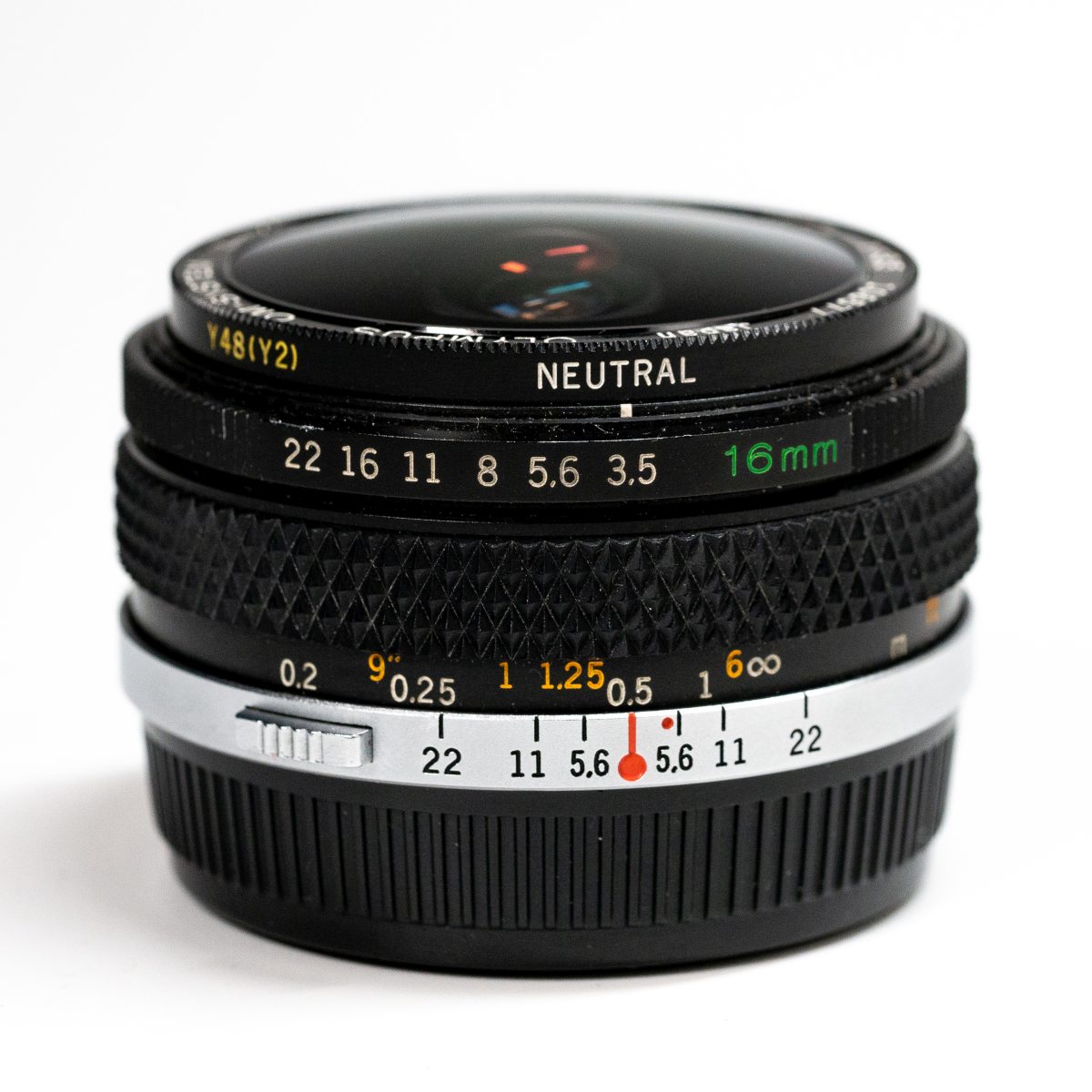 Said to have 180° on diagonal, it’s very similar in size and project to the Pentax Takumar screw mount 17mm f/4. No hood is present, first lens curvature is not so pronounced and the three filter exchanging system is where you would expect the filter thread to be, if it was a normal lens. For the rest the beautiful OM look with focus control closer to the camera and aperture ring further away, close to the first lens.
The lens was produced since 1975-1976 till the end of OM line.

the precious and easy to lose LENS CAP is available at least in two versions, metal and plastic (the plastic one seems the most recent). Both have an inner writing stating they are the 16mm f2.8 Olympus cap, the metal one being the coolest.

Table showing the different versions and upgrades in the coating of Olympus OM fisheyes. I’d take it with doubt since I can’t reach the source any more.