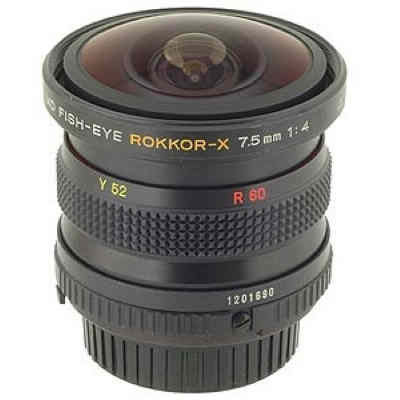 The orange Rokkor-X marking was prensent only in North American versions.

It’s a fixed focus fisheye lens, like the contemporary Canon 7.5mm, aperture goes from /4 to /22.
It’s named to be a fantastic, ultra-sharp circular fisheye, one of the sharpest ever built.
There is a previous version, dated 1975, the MC-X and an MDIII Rokkor with the very last multicoating.

Here pictured is the MDI version, there is no orange Rokkor-X, so it’s not a North American version.

The MD I / MD II versions are very similar,with improved coating and new aesthetics other than new functionalities of MD mount. The MD2 type 2 had the filters replaced with new ones.