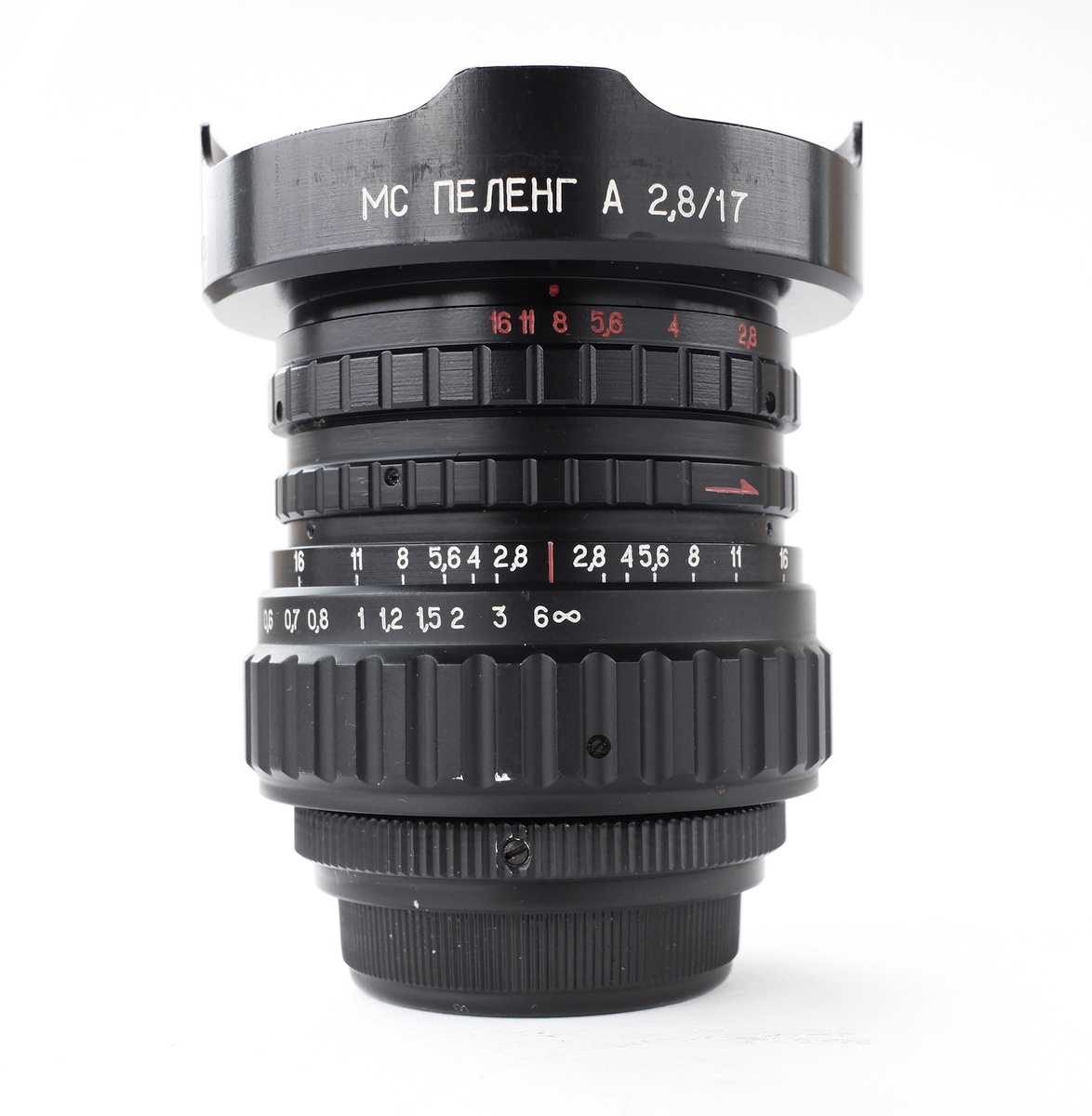 Known to be a bad lens, but probably the issue is that too many bad copies were around. It’s a big, heavy lens, with an unusual focal length, but it’s capable of quite good images. Produced in Belarus by Belomo it’s more common now than when it was introduced since the eastern “star” of fisheyes was taken by the KMZ made 16mm Zenitar, far smaller and with a more modern design, and this Peleng wasn’t exported in the west.
Most common for us is the small 8mm f3.5 brother